Brief summary of the results

Emerging from Partner GmbH, founded in 1983, point S today forms one of the largest cooperations of independent tyre, rim and car parts dealers in Europe. In Germany, the head office is located in Ober-Ramstadt in southern Hesse, in France in Lyon. The headquarters take care of billing, procurement and logistics as well as marketing and product management. The original idea of founding a purchasing cooperative and exploiting economies of scale for the shareholders has evolved over time. In addition to IT systems, point S also provides its dealers with marketing concepts. In the meantime, there are 2700 point S shareholders worldwide whose activities are coordinated centrally.

Despite all the obvious advantages, the bundling of competencies always entails the danger of a lack of integration and communication among one another. This was also the case at point S at first: The lack of integration of wholesalers led to point S companies purchasing on the parallel market because they found the more favourable conditions there. A software solution was needed that would also integrate wholesalers and enable the companies to process their purchases centrally via point S. The software would be able to be used by all the companies in the group. 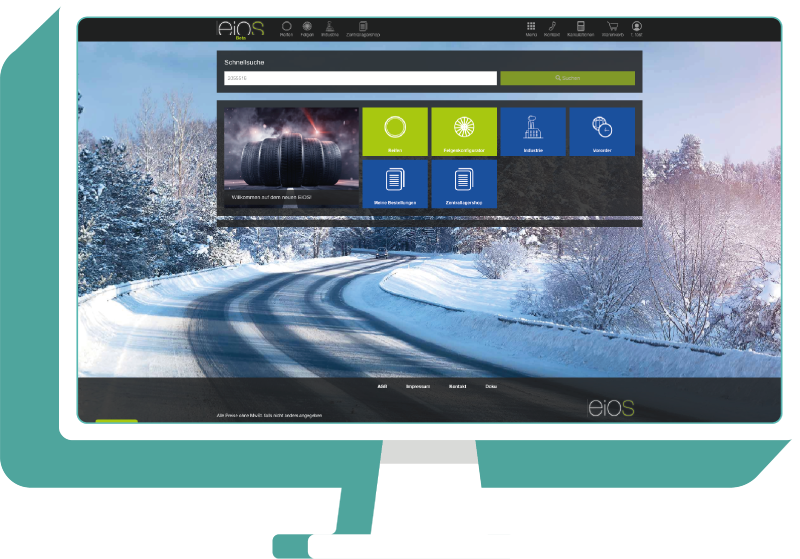 EiOS is N4's first and oldest product. In the search for an industry-independent service provider, point S decided in favour of us. An energetic, agile team created the system that we offer to point S as Software as a Service (SaaS). In the end, we linked our success to that of the customer. Since we had also taken over the support, the development and optimization process was characterized by important feedback. Above all, the actual users - i.e. the tyre companies themselves - were in direct contact with us. We sat down at one table with them and gradually improved the UX until it exactly met their needs. The more than 1000 active users can now order tyres, rims and car parts centrally on one platform, continue to benefit from the purchasing network and, above all, no longer have to dial into different platforms of individual dealers.
we solved it.